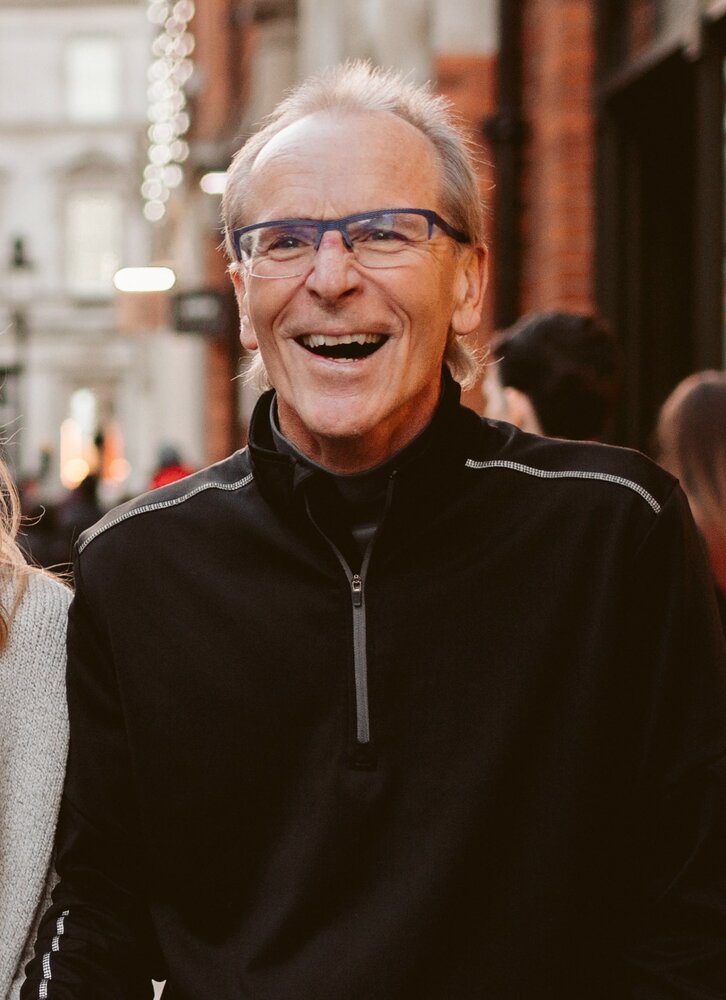 A memorial service for Dwayne "Dewey" Anderson, 69, of Spirit Lake, will be held Thursday, August 4, 2022 at 2:00 PM at Harbor of Joy Lutheran Church in Milford. Visitation will be from noon-2:00 PM at the church.

Dwayne LeRoy Anderson, the son of Bertle and Mildred (Johnson) Anderson, was born September 26, 1952 in Armstrong, Iowa. After graduating high school, Dwayne received his Bachelor of Arts Degree in English and Theatre.

On May 6, 1989, Dwayne was married to Vicki Spitzack in Morristown, Minnesota. The family lived in Memphis, Tennessee, Houston, Texas and New Prague, Minnesota before moving to Spirit Lake, Iowa in 2019.

Dwayne started his career as a teacher and drama coach and along the way was recruited to work with the Airlines and Hotels, setting up crew accommodations.  He loved traveling the world inspecting hotels and met many life-long friends along the way.  Dwayne would never brag of his accomplishments and was often the top sales producer in his group. During one of the harder years in sales, Dwayne was awarded the "Rainmaker" - able to produce even in a drought.

In his spare time, Dwayne loved to golf with anyone, especially his golf buddies. He enjoyed fishing, especially with Frank and skiing with the Ski Dudes. He had a love for travel and cherished his time with his family.

Dwayne LOVED his friends and was loved by all who knew him.  His spirit was gentle, kind, giving and full of joy & laughter. Once "Lou" came along in his life, Dwayne continued to keep a positive spirit and suffered with grace, inspiring all of us.

It is hard to encompass all of his qualities but his good friend, Tom Bedell, said it well: "There are special people that become a part of our lives…the shared experiences, the adventures, the unconditional love for one-another. Our special friend, Dwayne Anderson – Dewski – passed away. For almost seven decades he brought laughter, silliness and joy into so many lives. For this last one, he gave us incredible inspiration. As his body slowly, but steadily succumbed to the unimaginable degradation, his attitude and spirit lifted us all. How could Dew stay so positive, even grateful much of the time? So many of us wished him peace, wanted his suffering to end, prayed he would peacefully pass onto a world where he would be whole again. But today we are at a loss. Tears won’t stop. Memories pour in. We realize we are crying for ourselves while feeling joy for Dew."

Dwayne passed away August 1, 2022 at his home in Spirit Lake at sixty-nine years of age.

Dwayne was preceded in death by his father, Bertle Anderson; his grandparents, step-father-in-law and one brother-in-law.

Memorials in honor of Dwayne
can be given to the following charities: