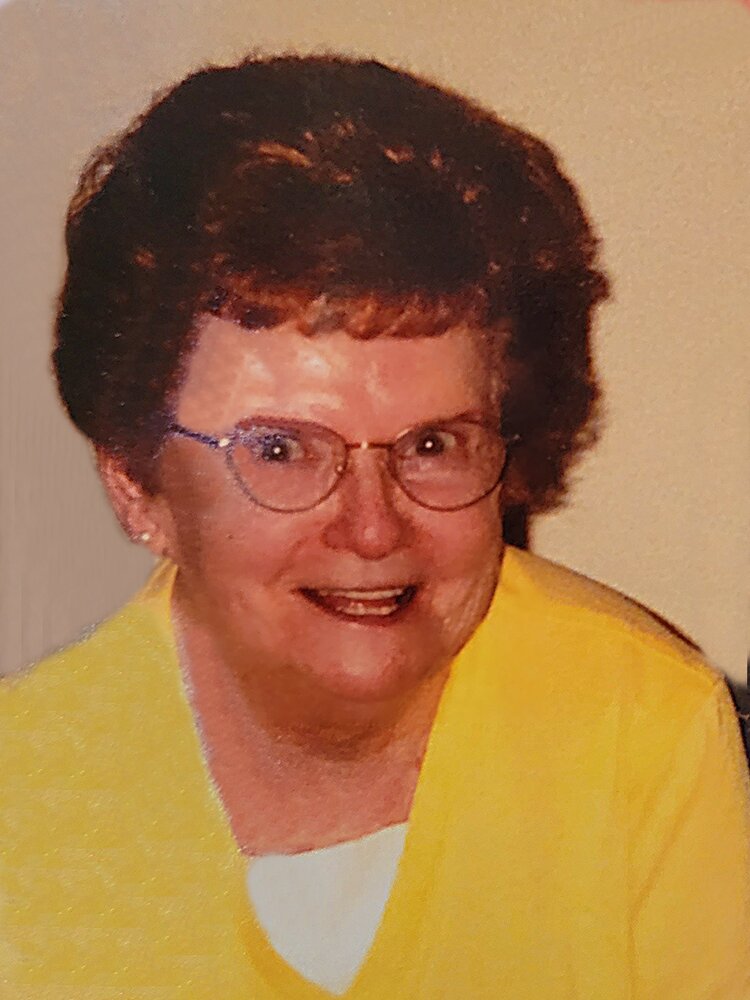 A funeral service for Delores Bryant, 94, of Milford, will be held Friday, September 23, 2022 at 10:30 AM at St. Joseph Catholic Church in Milford with burial at Calvary Cemetery. Visitation will begin one hour prior to the service at the church.

Delores Anne Bryant, the daughter of Lionell and Mary (O’Kane) McCarty, was born on February 25, 1928, in Sheldon, Iowa. Growing up, Delores attended school in Hartley and was a graduate of the class of 1946. During her time in school, she was active in Drama, Pep Club, and was President of her class.

On June 9, 1947, Delores was united in marriage to Bob Bryant in Hartley. Delores was a mother first before becoming head of home furnishing and dry goods at Wolff’s Department

Store in Sheldon. She worked there until her retirement in October of 1979.

After retiring, Delores moved to Arnolds Park and then eventually Milford in 2006. She was a member of St. Joseph Catholic Church in Milford where she served on the Rosary Altar and 50+ years on Catholic Daughters of the Americas.

In her free time, Delores enjoyed traveling, playing cards, and spending time with her family, especially her grandchildren. She was proud of her Irish heritage and Catholic faith.

Delores passed away on September 15, 2022 at Accura Healthcare in Milford.

Share Your Memory of
Delores
Upload Your Memory View All Memories
Be the first to upload a memory!
Share A Memory