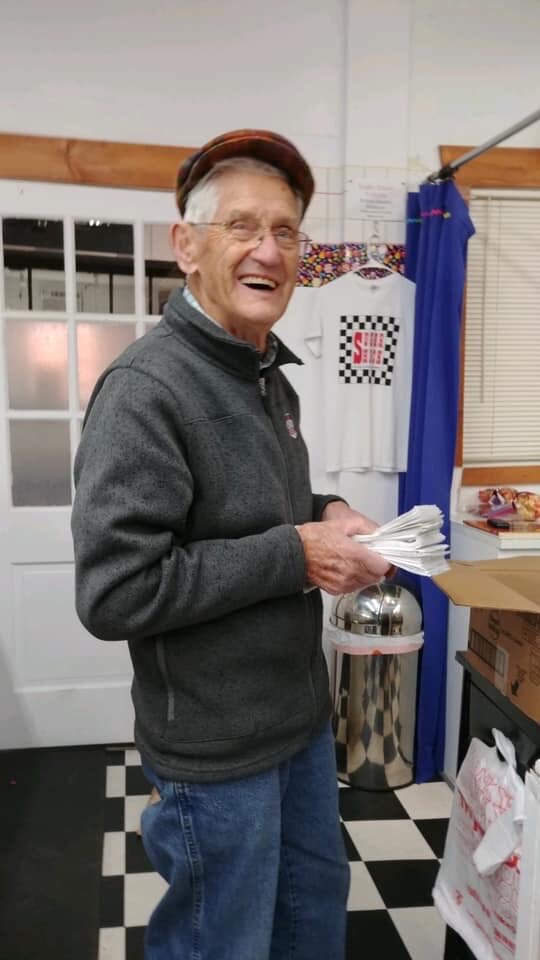 A memorial service for Jerry Daugherty, age 84, of Milford, will be held at 1:30 pm, Wednesday, October 5, 2022, at Calvary United Methodist Church in Arnolds Park. Visitation will begin at 5 pm, with the family present from 5 - 7 pm, Tuesday, October 4, 2022, at Turner Jenness Funeral Home in Milford.

In lieu of flowers, memorials may be given in memory of Jerry.

Jerry Jay Daugherty, the son of Raymond and Mildred (Hamrick) Daugherty, was born May 19, 1938 in Greenville, Iowa. After Jerry graduated from Greenville Rossie High School in 1956, he made his home in Milford, Iowa in 1957.

Jerry was united in marriage to Sharon (Patterson) on July 19, 1964 in Swea City, Iowa. Jerry worked in petroleum sales for over fifty years and he and Sharon owned and operated the Sugar Shack since 1988.

In his free time, Jerry enjoyed boating, paddle boarding and waterskiing which he did until he was 75 years of age. He collected gas station memorabilia and loved being around people whether it was playing cards with family and friends, visiting with people he met at work or playing pranks.

Jerry was a member of the Calvary United Methodist Church in Arnolds Park, the Jaycees and has served on the Milford Fire Department and Milford City Council.

After a courageous battle with cancer, Jerry passed away on September 30, 2022 at Lakes Regional Healthcare at eighty-four years of age.

Share Your Memory of
Jerry
Upload Your Memory View All Memories
Be the first to upload a memory!
Share A Memory