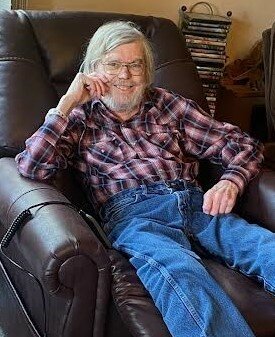 A Memorial Service for Craig Heuer, age 64, of Lake Park, will be held on Thursday, October 6, 2022, at 10:30am at Concordia Lutheran Church in Lake Park. Burial will be in the Silver Lake Cemetery in Lake Park. Visitation will take place on Wednesday, October 5, 2022, from 5:00-7:00pm at the Turner Jenness Funeral Home in Lake Park.

Craig Clayton Heuer was born on December 1, 1957, at Worthington, Minnesota. He was the son of Lyle and Phyllis (Reimers) Heuer. He attended Harris Lake Park Community School graduating in 1976.

On April 15, 1978, Craig was united in marriage to Marcia Hartmann at Concordia Lutheran Church. They made their home in Lake Park where they were blessed with three wonderful children: Amy, Michael, and Kayla.

While in middle school, Craig began working at Jensen Ford pumping gas, washing car windows, and started learning mechanics. He worked for Elmer and Ruth until June of 1987. In July of that year, he then went to work for Jaycox Implement where he continued to work until his retirement in November of 2021.

Craig was a member of Concordia Lutheran Church of Lake Park.

Craig enjoyed gardening and loved to share his bounty with family, neighbors, and friends. Later, he found a knack for doing woodworking and scroll sawing. He found joy in taking rides around town and through Trappers Bay with his family, grandkids, and especially with his father; they would stop to watch the eagles, geese, ducks, and deer. Craig also loved his four-legged friends and passed his love of dogs down to his kids.

Craig passed away on October 1, 2022, at Lakes Regional Healthcare in Spirit Lake after battling lung cancer.

Craig was preceded in death by his mother; aunts and uncles; and his father-in-law.

Share Your Memory of
Craig
Upload Your Memory View All Memories
Be the first to upload a memory!
Share A Memory