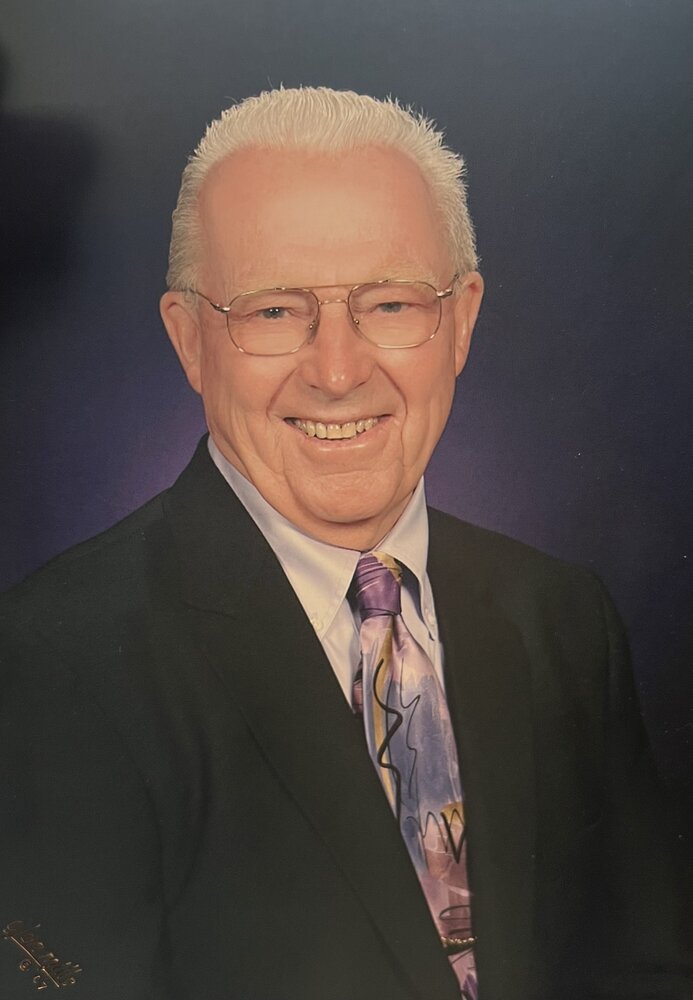 Bob passed away on October 14, 2022, at Accura Healthcare in Milford.

Robert (Bob) Peters was born May 17, 1938, in Hartley, IA to Herman (Hamm) Peters and Myrtle Ester (Siemers) Peters. Bob was their first child, joining him later in the family were Sharon Kay, Lester LeRoy and Carol Jean. Hamm was a hire many working for farmers in Minnesota and Iowa. The longest employment was for Freddie Ahrenstorff at Terrafact Inc., north of Lake Park, IA.

Bob attended school in Sioux Valley, MN. Bill Meyer, Hamm’s employer, invited Bob to go with his children to confirmation class at their church. He was confirmed in Trinity Lutheran Church Sioux Valley, MN on May 10th, 1953. He attended Lake Park High School graduating from there in 1956. He excelled in Math and was Treasurer of his Senior Class. He enjoyed singing in chorus and sang tenor in a quartet with: Bob Ahrenstorff, Bob Gunderson, and Charlie Rowe.

After graduation, he joined the Army based at Fort Leonard Wood, Kansas.

If you knew Bob as a youth, you remember that he liked to drive fast and took great pride in his vehicles, cars or trucks. He never outgrew his need for speed, be it driving or his completion of an assigned task or job. He was a perfectionist, be the task small or large. His brother Les was the first he would call for technical problems or just plain hard work!

In Bob’s early trucking years, he was a member of the local CB Club with Lenny Kolls from Lake Park. His CB handle was “OL Blue”, this carried through a lifetime of trucking. He worked for Ahrenstorff Transfer from Lake Park hauling grain, livestock, petroleum, gasoline, aviation gas, and anhydrous. When Ahrenstorff sold his business, Bob and Duane (Bud) Mesner bought the authority and began P M Transfer. Diana Jacobson was bookkeeper and office manager for Bob during the duration of his business. Marge Mesner was bud’s bookkeeper and office manager. In 1976, Bud and Bob purchased the Standard Station in Lake Park and operated that for three years.

There were many stories told of trucking history by Bob.

The most memorable to me happened in the winter of March 1966 when he and Roger Sixta were coming back to Lake Park in a snowstorm. They came upon a stalled car south of Lake Park on highway M-27. In the car were two elderly women who stated that the husband of one of them had gotten out of the car and started walking along the fence line for help. The two men finally convinced them to get in the semi and ride with them to Lake Park. The relating of that transfer into the truck was unique and memorable. Mrs. Nagels’ comment was “I guess we can’t be modest at a time like this.” The sad thing was that her husband Paul Nagel had perished in the blizzard.

Bob married Connie (Bush) Lindsey on April 1, 1993. With this marriage came another ready-made family of five teenagers: Lon, Shane, Jay, Robin and Dustin Lindsey. Bob was a good example of a hard worker and earned the respect of the young family. Bob never had children of his own but helped two women provide for and raise 10 children.

He ended his career as an over the road driver for Heiter Trucking in Spencer, IA. He was known as “Mr. Bob” by the contact workers he met during the trips to Texas. Bob hauled locally for Cohrs Construction and not ready to give it up yet, also worked for QC as a shag truck driver at Polaris in Spirit Lake, IA.

Bob was an avid bowler in Lake Park and Spirit Lake bowling up to six nights a week on different leagues. The “mighty perfect series game” eluded him. He attended the American Bowling Congress for many consecutive years. This was also considered vacation time as it allowed the families to visit many states and enjoy different scenery while taking in history of America. Plus, the good times and memories made with other team members and their families. The interest in bowling carried over to Bob’s brother Les who was also a very good bowler and joined us on our tournament travels.

After Bob retired from trucking, he became active in our church, Immanuel Lutheran, in Spirit Lake, serving as usher for Saturday night services, church president for one term and on the board of trustees for 15 years. We attended a couples’ Christ care group at the church which made Bob feel more included after not being home weekends for so long.

Bob was preceded in death by his parents, Herman and Myrtle Peters; his brother, Lester Peters; brother and sister-in-law, Larry and Mary Bush; Connie’s parents, LeRoy and Sylvia Bush; paternal and maternal grandparents, numerous aunts and uncles, as well as cousins.

Last, but certainly not least, his ever-faithful fur buddy “Alfie”.

We, the family, thank God for letting us share Bob's time here on earth with us.
Rest in peace Bobby, thanks for all of the great memories!
We love you!