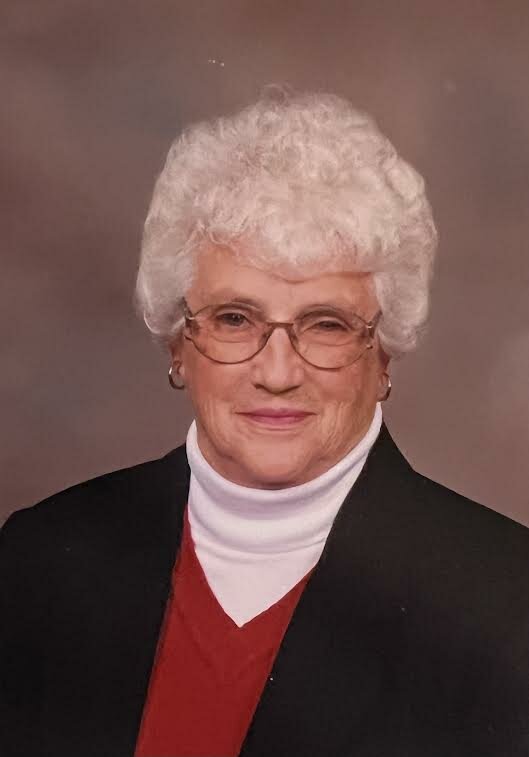 Mass of Christian Burial for June Reiman, age 99, of Milford will be held on Friday, October 21, 2022 at 10:30am at St. Joseph Catholic Church in Milford. Burial will take place in the Calvary Cemetery in Milford. Visitation will take place prior to the service from 9:00-10:30am at the church. To watch the live steam of the service, click the following link: https://www.youtube.com/channel/UCDPv56mRMLFbLHqj_NltUkw.

June passed away on October 17, 2022 at Accura Healthcare in Milford.

June Chaffin Reiman was born June 11, 1923 on a farm south of Milford to Glen and Isa Chaffin.  She was welcomed into this world by her sister Gladyne and brothers Bob, Dick and Bill.

After graduating from Milford High School, June worked at Jacobs Variety Store and then was the bookkeeper at Anderson Lumber Company. She met Barney Reiman after he returned from World War II and they married in St. Joseph’s Catholic Church in 1947. They moved to the Reiman Family Farm east of Milford in 1949. Barney passed away in 1996, one year before their 50th wedding anniversary, ten years after they had retired and moved to Milford.

June is remembered for her acts of goodness toward all, which included driving the nuns around Iowa to visit their families on Sunday afternoons, being  a Girl Scout leader, and volunteering for any and every church project such as cleaning the church and making salads and pies for St. Elizabeth’s Circle. She is also known for her sense of humor, the twinkle in her eyes, and her ability to make everyone feel welcome. She was most kind and generous in every way.

Special thanks from June’s family to Stonebridge Assisted Living and Accura Healthcare for taking such great care of her. The staff became the extension of her family, and Cindy and Mary are forever grateful.

In lieu of flowers, memorials may be directed to the Milford Memorial Library, Voices of Hope in Lincoln, NE, or Vine: Faith In Action in Mankato, MN.