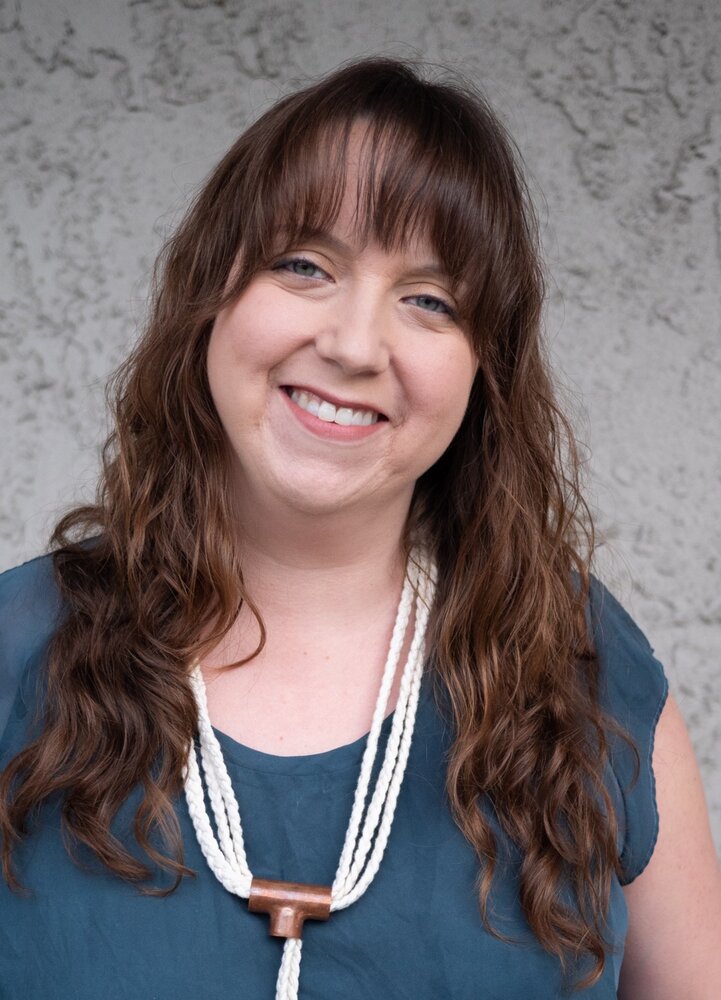 Betsy Ann Mudd, née Ziegenbusch, was born June 24th, 1982, to John and Susan Ziegenbusch, in Maquoketa, IA. Betsy spent her childhood in Spirit Lake, IA, where she could be found smelling the flowers, dancing in the rain, creating something out of nothing, and entertaining those around her with her wit and imagination. In her youth, Betsy found a love of the fine and performing arts, immersing herself in art camps and classes, playing baritone in marching band and orchestra, and participating in dance classes and drill team. She could also be found on the basketball court, softball field, or golf course; participating much less in competition, and more for fun and friendship.

Betsy’s outgoing and fun-loving personality offered many opportunities to create and develop new relationships while sustaining old ones. Friendship was a gift that Betsy shared openly and unconditionally; her welcoming smile, contagious laugh, and warm energy drew people of all ages, and from near and far. In fact, some of Betsy’s forever friendships began in preschool and elementary school, even one through middle school basketball camp and penpal letters!

Betsy moved to Ames, IA, in her freshman year of high school. She attended Ames High and graduated in the Class of 2001. She matriculated to the University of Iowa, where she graduated with a Bachelor’s degree in Psychology and Studio Art with an emphasis in Photography. While in college in Iowa City, Betsy could often be found working in the darkroom, pulling an all-nighter, engrossed in a creative project, or chatting up a perfect stranger. She was dedicated to volunteering and meeting people outside the University community. Betsy’s soul was fed by listening to others’ stories and learning from them. She was a phenomenal conversationalist and wise beyond her years. Everyone who knew her adored her.

Ever the wanderer, after college, she flew to Everett, Washington, a town and state to which she had never been, and interviewed for a job at a domestic violence nonprofit, a field in which she had never worked. It will come as a surprise to nobody that has met Betsy that she got that job. She packed up her life and, with her mom Sue, drove across the country to start her life in the Pacific Northwest.

Not long after moving, she met her cat Mister Mistoffolees. And not long after that, she met the person who would become her partner, Andrew. And after five years of pestering, one humid evening in October of 2011 at the Hotel Oloffson in Port-au-Prince, Haiti — a city and country to which she had never been — Betsy consented to marry Andrew. They danced and drank rum, and it was the best night of Andrew’s life. On September 1st, 2012, they married, surrounded by family and friends at the Daybreak Star Indian Cultural Center in Seattle’s Discovery Park, overlooking fair skies and following seas on the Puget Sound. People still talk about the frybread tacos.

In 2014, Betsy, Andrew, and their two cats moved to Los Angeles — a city and state to which she had never been. With a new city came a new industry, and Betsy thrived working with the Fulfillment Fund, helping to provide access to education for underserved youth in LA. Eventually, she found her way to the Court Appointed Special Advocates of Los Angeles (CASA/LA), a nonprofit organization that ensures children and youth in the child welfare and juvenile justice dependency system have a voice. She would come to help manage a volunteer program of CASAs 1,100 strong.

Betsy worked very hard to further her education and career, enrolling at California State University Northridge and working toward a Master of Public Administration degree until her illness forced her to withdraw — she maintained a 4.0 GPA for her entire CSUN career.

In 2020, the week of her 38th birthday, Betsy was diagnosed with Stage III Invasive Ductal Carcinoma, a type of breast cancer. She lived every day from that point forward as if she were going to keep living. Over the ensuing two and a half years, Betsy went through half a dozen types of chemotherapy, plus radiation and surgery. She always faced these challenges, all of them incredibly scary, with straightforward confidence. She was always kind, happy, and grateful, never morose, and she never gave up. She kept her smile and her sense of humor until the very end. While on her final days in hospice, one of the last things she said to Andrew & Amy was, “You know, women are superior to men.” And then she smiled and laughed. If you know Betsy at all, you know she was kidding, but not at all saying anything she believed to be untrue.

On November 20th at 5:30 PM, after a brief decline, Betsy Ann passed away at home, in her bed, listening to her favorite musician William Elliot Whitmore (the song was “One Man’s Shame”), held by her husband, her sister, and her father. She was 40 years old.

Betsy was always kind, sincere, genuine, and extremely positive about life and the small joys to be found within it. She thought the best of people, cheered for the underdog, lived life to the fullest, and made a difference in this world!

A Los Angeles-area Celebration of Life is planned, with details to follow in the coming weeks.

An additional Celebration of Life will also be held for Betsy on her birthday, June 24, 2023, at Mini-Wakan State Park Lodge in Spirit Lake, IA.

In lieu of flowers, memorials may be given in Betsy’s memory to CASA/LA where she served as the manager of volunteer relations. CASA of Los Angeles, 201 Centre Plaza Drive #1100, Monterey Park, California 91754.

Share Your Memory of
Betsy
Upload Your Memory View All Memories
Be the first to upload a memory!
Share A Memory