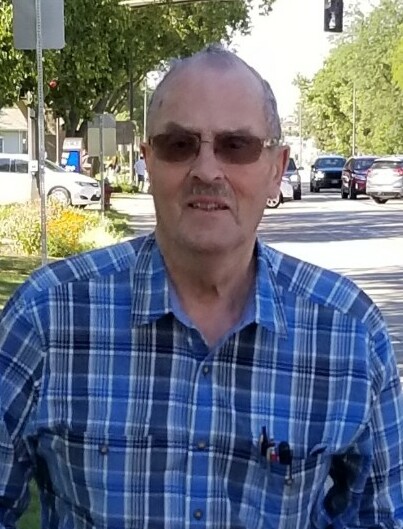 Mass of Christian Burial for Donald Baschke, age 90, of Milford will be held on Tuesday, December 6, 2022 at 10:30am at St. Joseph Catholic Church in Milford. Interment will be in the Calvary Cemetery in Milford. Visitation will take place prior to the service from 9:00-10:30am at the church.

Donald Clarence Baschke, the son of Martha (Underberg) Baschke was born on August 7, 1932 in Milford, IA.

Don grew up in Milford, living across the street from the St. Joseph Catholic Church where he attended school and church services.

Don was a proud Veteran of the United States Army, serving in the Korean War from 1950 to 1953. He then returned home to Milford where he met and later married Janet Schumacher in 1956. They were blessed with seven children, four sons and three daughters.

Don was always self employed, owning and operating the Baschke Produce in Milford, Melvin, May City, Royal, Terril and Worthington. The Baschke Produce was a family business run by Don and his two brothers Bud and Kenny. Don's wife Janet and their seven children all helped out as well. Don always let his children tag along on his routes to local farmers where he picked up eggs and cream. They would then return to the Produce where they cleaned, sorted, packaged and later delivered the eggs to area grocery stores and restaurants. Don continued to deliver eggs until he retired at the age of 70.

Don and Janet were married for nearly 30 years before they divorced. Later, Don met a special friend Donna Karschnik from Dundee, MN. Don lived with Donna in Dundee for several years before returning home to Milford in 2019 to be closer to his children due to his declining health.

Don passed away peacefully surrounded by his children at Accua Healthcare in Milford on Thursday December 1, 2022 at the age of 90.

Don is preceded in death by his mother Martha, his sister, Dorthy Richter, his two brothers Bud and Kenny, his sister in law, Colleen, his granddaughter Sara Baschke, his grandson Colton Baschke and his special friend Donna Karschnik.

Share Your Memory of
Donald
Upload Your Memory View All Memories
Be the first to upload a memory!
Share A Memory