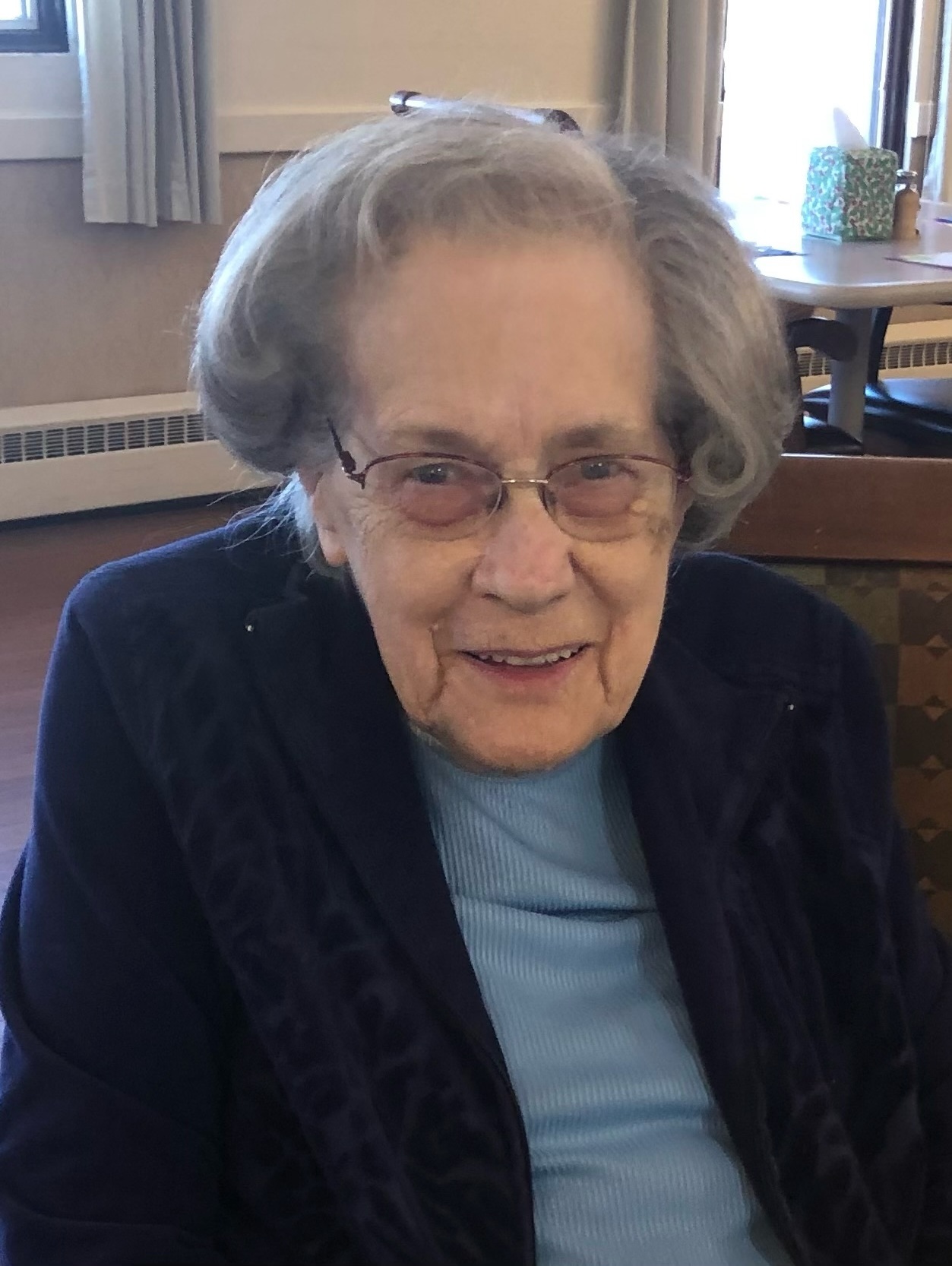 A Funeral Service for Evelyn (Rubel) Faulkner, 97, of Milford, will be held Wednesday, January 4, 2023 at 10:30 AM at Calvary United Methodist Church in Arnolds Park. Visitation will take place prior to the service from 10:00-10:30 AM. There will be fellowship and lunch at the church following the service. Pallbearers assisting the family are: Bill Tiede, Matt Christensen, Josh Nelson, Tommy Tiede, Trystan Kane, and Sam Christensen.

Evelyn passed away on December 22, 2022 just 3 days short of her 98th birthday at Accura Care Center in Milford, Iowa.

Evelyn Arlene (Rubel) Faulkner was born in Laurens, Iowa on December 25, 1924 to Roy and Minnie (Johnson) Rubel. She graduated from Laurens High School and continued her education at Sioux City Business School. She was united in marriage to Robert E Faulkner on June 22, 1943 in Jackson, Minnesota. To this union they had 4 children: Connie Rae, Sherry Ann Tiede (Bob) they have four children: Bill, Christy, Rebecca and Sara.  Vickie Lynn Kane (Bill) they have three children: Nikki, Traci and Tara.  And Robert LeRoy (Deb) they have two children:  Heather and Amber.

She was an amazing lady and she always had a smile on her face.

She was preceded in death by her husband Bob, daughter Connie, granddaughter Nikki, her parents Roy and Minnie Rubel and her sister Betty Spencer.

She will be greatly missed!

Share Your Memory of
Evelyn
Upload Your Memory View All Memories
Be the first to upload a memory!
Share A Memory