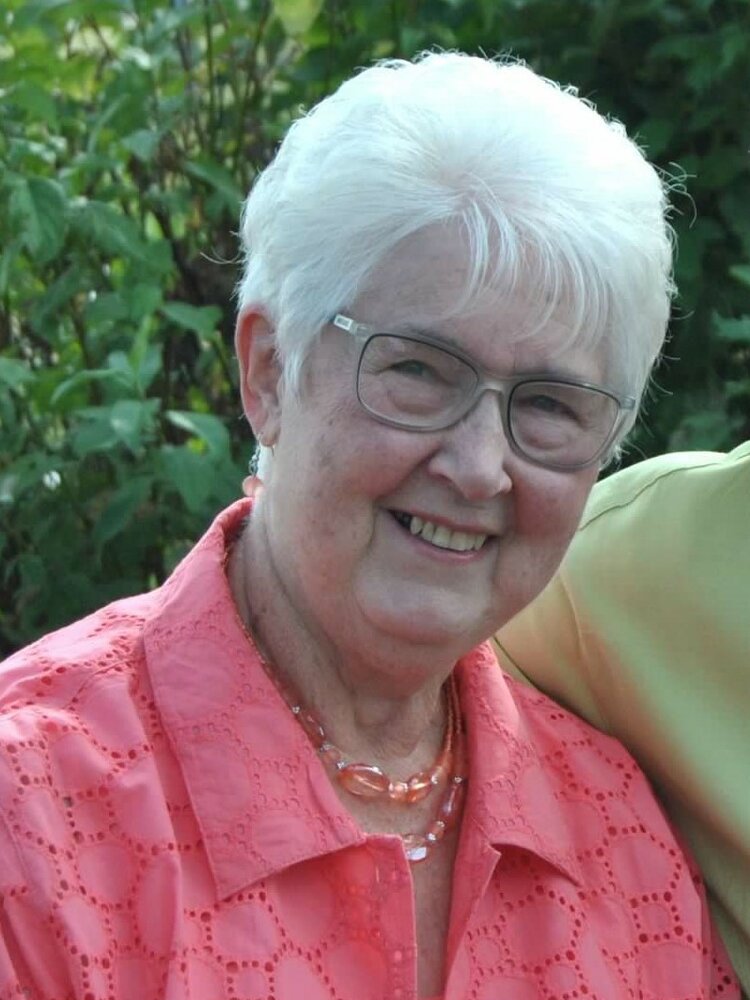 Margaret “Peggy” Gunderson, the daughter of Carl and Evelyn Benna, was born April 5, 1941 in Storm Lake Iowa and raised on a farm near Albert City, Iowa.  After graduating from Albert City High school, she completed her education degree from University of Northern Iowa, and began her teaching career for one year in Spirit Lake, IA and then in Minneapolis, MN.

During her time in Minneapolis, Peggy came down to Sioux Valley Log Cabin with one of her friends to go dancing.  This is where Peggy met a handsome farmer from Lake Park and began her lifelong journey as a devoted farm wife, mother and grandmother.  On August 4, 1967, Peggy was married to Jon Gunderson at Our Savior’s Lutheran Church in Albert City.  This past August, they celebrated their 55th wedding anniversary.

Peggy found great joy in sharing time with her family and dear friends throughout all stages of her life. She delighted in going to ball games and other school activities of her children and grandchildren, spending time at the lake cabin with family and dear friends, going to Rock the Roof, eating out and conversation with lifelong friends, putting puzzles together, doing crosswords, visiting her grown children and their families, devotions and bible studies.  In recent years, Peggy looked forward to her weekly Thursday routine going to the hairdresser and out to eat with Jon.  She always had time for her family and so enjoyed visiting with every grandchild.  The Lord blessed her with a listening ear, a compassionate heart, and unconditional love for each one.  Additionally, throughout her life, Peggy shared her love for teaching and children in the field of special education within many school districts: Spencer, Sioux Valley, Harris-Lake Park, Spirit Lake, and Okoboji.

She was a member of the United Methodist Church in Lake Park, Iowa and her walk with the Lord was very precious to her.  Peggy passed away with her family at her side on January 11, 2023.

Peggy’s life and memory are loved and honored by her family which include her husband Jon Gunderson of Lake Park, IA: daughter Ann Wulf (Duane) of Tucson, AZ and their children, Cassidy, Axel, Zachariah, Garret, Marshall, and Victoria; daughter Joni Tschetter (Ron) of Sioux Falls, SD and their children, Isaiah, Mikah, and Misha; son Tim Gunderson (Jody) of Lake Park, IA and their children, Lilliana, Gracie, and Jackson; one sister Bernie Schleusener (Mick); one brother Burton Benna (Marcia); in-laws Bob and Jeanine Gunderson and Ed and Deanne McCollum; nieces; nephews; other extended family and many friends.

Peggy was preceded in death by her parents, Carl and Evelyn Benna and father-in-law and mother-in-law, Paul and Verna Gunderson.

Share Your Memory of
Margaret "Peggy"
Upload Your Memory View All Memories
Be the first to upload a memory!
Share A Memory