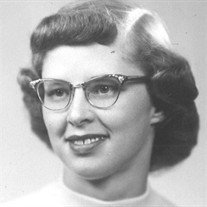 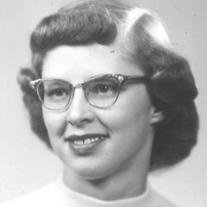 A funeral service for Zona Rademacher, age 91, of Terril, will be held Monday, August 5, 2019 at 10:30 AM at Immanuel Lutheran Church in Terril. Burial will be at Fairview Cemetery in Terril. Visitation will begin one hour prior to the service at the church.

Zona Ann Rademacher was born April 29, 2019, to William and Anna Meyer (Frank) in Spirit Lake, Iowa. She was baptized and confirmed in the Lutheran faith.

Zona married Warren Lee Rademacher on June 16, 1949. She was a teacher in a parochial school for two years. They made their home in the Terril area where they worked together in their farming operation. Zona and Warren adopted two children to become a family. She was creative and enjoyed sewing and making crafts.

She is survived by her daughter, Linda Beduhn of Minneapolis; son, Eric Rademacher of Des Moines; seven grandchildren and four great-grandchildren.